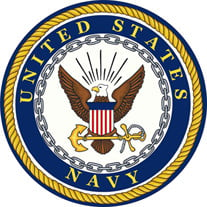 DENNIS “Denny” EARL ALLEN January 4, 1943 – January 20, 2021 Dennis was born to Don and Doris Allen in Fairfield, CA at Bunney Hospital. His parents were Don and Doris Allen. Dennis and his brother Jerry were raised in Suisun on Cherry Street. Denny is survived by his loving wife and son, Roxie Lair Allen and Labrador Stevie, His Sister In Law, Brenda Allen (brother Jerry, deceased) Murray KY; Brother In Law, Bill Lair (Mari); Nieces, Dawn Prescott, Henderson KY, and Cheryl Jackson and Kendall Milburn, Biggs CA; Nephews, Scott Allen, Murray KY, and Chuck Lair, Oroville CA; Cousin, Linda Montgomery, Fairfield Bay AR, and many grand and great nieces and nephews. Denny and Roxie were married in Valley Springs, CA on May 14, 1983, 37 years. Denny and Roxie loved to cruise the Caribbean, Mexico, and Alaska. Spent many vacations in Hawaii and Mexico, Denny golfed Roxie shopped! They took every opportunity to head to the California coast to enjoy the ocean. Denny’s proudest accomplishments: 33 years as a Friend of Bill W. and being baptized on October 29, 2000 and his beautiful marriage to Roxie, his rock. Denny was immensely proud of his Choctaw heritage; he was a member of the Choctaw Nation of Oklahoma. Denny served in the US Navy from January 1965 – January 1968 doing 3 tour of Viet Nam on the USS Coral Sea CVA-43 as an Electronics Technician. Dennis was an active member of the Patriot Guard, honoring those that served with him, before him and after him. Denny was a true patriot, he loved America and the Constitution. Denny was an activist insuring the constitutional rights of the “everyday” person. Yes, Denny died because of COVID 19. Denny will be Interned at Sacramento Valley Memorial Cemetery, Dixon date to be determined. Donations in Dennis’ memory can be made to: Paws for Purple Hearts 5550 Oberlin Dr., Ste. B San Diego, CA 92121-1738 or www.pawsforpurplehearts.org/donate (San Diego) and/or www.support.woundedwarriorproject.org

The family of Dennis Earl Allen created this Life Tributes page to make it easy to share your memories.

Send flowers to the Allen family.