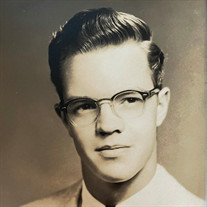 Ernest Wayne Van Order - June 29, 1939 – May 17, 2022 Wayne Van Order passed away with his loving wife by his side. He had a long-term battle with cancer and was an absolute Warrior! Wayne was born June 29, 1939, in San Francisco to Andrew and Gladys Van Order. The family moved to Fairfield in 1953 where he attended Fairfield Elementary and Armijo High School. He would often tell the story of how he used to deliver the San Francisco Chronicle and Examiner to half the city of Fairfield. He graduated from Armijo High School in 1957 and was hired on at Mare Island Naval Shipyard in 1958. After 32 years of service as a Civilian Electrician, he retired from Mare Island in 1989. He founded Van Order Electric which provided residential and commercial electrical services to Solano County. He continued Van Order Electric until 2016 when he decided to hang up his tool belt at the age of 77. Wayne is survived by his loving wife, Sherry, of 52 years; his son Doug Van Order and daughter in-law Kendra, grandsons Jacob and Bryce, and granddaughter Rylie of Roseville; daughter Jeanne Spencer and son in-law Jeff, granddaughters Maddie and Chloe, and daughter Jennifer Van Order, all of Fairfield. He was so proud of all of his children and grandchildren. He is also survived by his sister, Judy Bautista, and brothers Doug and John Van Order. Wayne’s ashes will be placed at the Suisun Fairfield Cemetery at 1707 Union Avenue in Fairfield, CA. It is the families wish to place his ashes privately but welcome anyone who would like to visit, to do so at their convenience. Wayne thoroughly enjoyed his weekly breakfast with his friends to discuss the days of old, how simple life used to be, and the latest work that they were putting into their Hot Rods. Because of this, the family will be hosting a Good Times Rally of Hot Rods and Good Cheer at Original Mel’s Diner, 1501 Travis Blvd. on June 25 th from 2pm to 6pm. The attire is encouraged to be casual and comfortable, as that’s how Wayne would want you to be. If you own a Hot Rod or Muscle Car of any kind, we’d love to have you cruise it on over. In lieu of flowers, please consider making a donation, in Wayne’s memory, to the American Cancer Society. You can log in and make the donation at www.donate3.cancer.org or by calling the American Cancer Society directly at (800) 227-2345.

Send flowers to the VanOrder family.