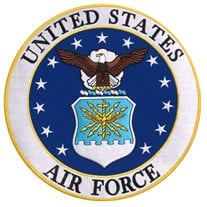 EVERETT B. VANOVER Nov. 24, 1928 - Sept. 6, 2020 Everett B. Vanover passed away Sept. 6, 2020, he was 91 years old. He was born to Randolph and Cinda Short Vanover in Jenkins, Kentucky on Nov. 24, 1928. He played baseball for the Bud Blizzard traveling team in Eastern Kentucky and Western Virginia as a teenager before enlisting in the U.S. Army Air Corps in the mid 40's. He received his discharge a year later when they found out he was underage. He reenlisted in 1947 at Langley Air Field, Virginia with the Air/Sea Rescue when they had all enlisted pilots. He met and married Estelle Mullins in 1947, and remained married for over 60 years. They had eight children over the years. He was assigned to Lockland Field, Texas as a printer. When the Korean War started in June 1950, he was one of the first airmen assigned to Sampson Air Base in New York. He was the first airmen to report to Sampson as NCO1C (Non-commissioned officer in charge) of the base print shop. After four years he was assigned to Parks Air Base, California as NCO1C of printing. A year later he was assigned to HQ MATS PACD at Hickman Air Base, Hawaii. He moved back to Parks Air Base, California with MATS HQ WESTAF then moved to Travis Air Force Base, California with the 22nd Air Force as NCO1C of printing for the next 11 years, where he was NCO1C of all printing in the western United States and the Far East. He was assigned to the HQ at Lindsey Air Station in Germany for three years as NCO1C of all offset printing in Europe. In 1971 he was assigned to the Pentagon Message Center as NCO1C of printing. All messages from all over the world came in to him. He retired in 1972 after 27 years in the military. He was a lifetime member of the Disabled American Veterans of Suisun, California. He moved to Fairfield, California to the same job he worked part-time in the 1950's/60's with Syar Industries as their sole printer. He worked for them all together for over 40 years. He played senior softball with the Suisun Valley Golden Seniors slow pitch softball league for 30 years. He managed the Syar Industries team playing all over Northern California. He enjoyed writing stories about his life and having them printed in The Mountain Eagle, a paper from his hometown in Kentucky. He is survived by his children, Donna (Richard) Alderete, Bruce (Misty) Vanover, Jeff Vanover, Pat (Leo) Garcia, Ken (Jeanine) Vanover, Randy (Francine) Vanover, Tammy (Gary) Kirchubel; 18 grandchildren; and 24 great-grandchildren. He is preceded in death by his wife, Estelle Vanover; and daughter, Karen Vanover. Services will be held at 11 a.m. Thursday, Sept. 17, 2020, at Fairfield Funeral Home, 1750 Pennsylvania Ave., Fairfield. Burial with military honors will follow at the Sacramento Valley National Cemetery, 5810 Midway Road, Dixon, California. In lieu of flowers please make a donation to the Disabled American Veterans. Arrangements under the care of Fairfield Funeral Home, 707-425-1041.

The family of Everett Bruce Vanover created this Life Tributes page to make it easy to share your memories.

Send flowers to the Vanover family.