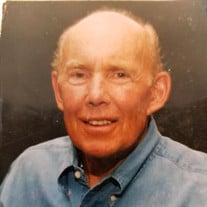 John C. Daniel, Jr. (Jack) April 6, 1933 – February 14, 2021 Jack, as he was known to many, passed away on Valentine’s Day with his loving wife of 36 years Maureen (Moe) by his side. He attended Acalanes High School in Lafayette, CA, then Diablo Valley College before going on the Naval Air Cadet School, where he achieved his dream of becoming a Navy Fighter Pilot. After his military career, he went on to fly passenger aircraft for Pan American Airlines and then United Airlines prior to his retirement in 2001. He had a great love of the outdoors. Biking, hiking and swimming were enjoyed, but paled in comparison to his love for water and snow skiing. Over the years, he mentored everyone in the family with his exceptional skills. It was a joy to watch him carve turns in the mountains and lakes. He and Moe loved to travel, both in and out of the country. While they enjoyed all the sights, their home base was their second home overlooking Lake Tahoe where all the family gathered to play. Jack is survived by his wife Moe; his three children, Sue Kyle, Dorsey Foster, and John C. Daniel III; his brother and his wife, Tim and Mikey Daniel; four grandchildren, Jason Foster, Royce Running, Monica Biggs and Kenny Kyle; three great grandchildren; and nieces and nephews, Timmy Daniel, Caite Daniel-Maiero, and Sarah Daniel Private services will take place at the Sacramento Valley National Cemetery.

The family of John Cheshire Daniel Jr. created this Life Tributes page to make it easy to share your memories.

Send flowers to the Daniel family.