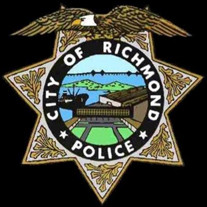 Virgil Lynn Thomas, Sr. September 18, 1969 – August 20, 2020 Virgil Lynn Thomas, Sr. was born on September 18, 1969 in Vallejo, California to Willie and Ethel Mae Thomas. Virgil attended Vallejo High School in Vallejo, California where he participated in sports and band, before later attending Grambling State University in Grambling, Louisiana where he was a member of their famed Tiger Marching Band. Following a long courtship, Virgil married the love of his life, Karene Nina Williams on June 13, 2015. Virgil was a loving husband, proud father, dedicated son, brother, uncle, nephew, cousin, and devoted man of God. One of his most cherished pleasures were long talks with his father, where he was imparted with invaluable wisdom of father and manhood. He adored his mother and his sisters, and was a joyful and playful brother that made them smile and laugh until their sides hurt. Virgil beamed with pride when talking about his four children and sharing their ongoing accomplishments. Virgil was also a coach, car enthusiast, and avid member of Raider Nation. He held an appreciation for all music, enjoyed barbequing with family, cruising with the Boulevard Kings car club, and treasured his longtime comradeship with his Richmond Police family. Virgil served more than 24 years with the Richmond Police Department, where he was a staple in the Richmond community. His assignments included the Neighborhood Services Team, Training Officer Program, and School Resources Unit at Kennedy High School, where he guided many young people. He also served as former president of the Richmond Police Officers Association, as well as president of the Guardians of Justice, a community organization working for fair treatment of African-American officers, and led neighborhood events to enrich the lives of Richmond community members. Prior to joining the Richmond Police Department, Virgil began his law enforcement career with the Albany and Novato police departments. As an active member of the St. Stephen CME Church, Virgil served as a director of the Christian Youth Fellowship alongside his wife Karene, co-led the Ministry to Men, was awarded Lay Ministry Man of the Year 2019, and was well known for his festive socks at weekly service. A mentor and leader throughout his local church and Richmond community, Virgil touched the lives of all that he encountered. He lived an extraordinary life and was an amazing gift to those that knew him – cultivating relationships that made all feel valued and uplifted. Virgil was preceded in death by his mother, Ethel Mae Thomas and his sister, Jackie Thomas. Virgil’s legacy will be carried on by his wife, Karene; sons, Virgil Jr. and Anthony; daughters, Kiara and Allegra (Faith); father, Willie; sisters, Felicia and Aisha; and numerous aunts, uncles, nieces, nephews, and cousins.

The family of Virgil Lynn Thomas Sr. created this Life Tributes page to make it easy to share your memories.

Send flowers to the Thomas family.