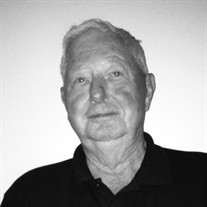 Wayne Louis Little April 16, 1937 – March 7, 2020 Wayne Little passed away peacefully on March 7th at the age of 82. He died quietly and with dignity, just as he lived. Wayne was born April 16th 1937 in Napa and lived his entire life in Fairfield and Suisun Valley. He attended Fairfield Elementary and Armijo High School where he played football and basketball and served as Senior Class President. After graduating in 1955, he attended the University of California and joined Alpha Kappa Lambda fraternity. Wayne and Dot’s love story began in high school, but they actually first met in Sunday School at the age of three and were classmates since kindergarten. They were fated to be together as their parents and grandparents graduated from Armijo as well. They married in 1959 and had their first child, Lou, in 1960. Daughter, Sue, soon followed in 1963. Summers were spent at Anderson Springs since the age of two. Wayne and his sister, Diane, bought their grandparents’ cabin and they and their families spent many summers together in the Springs. Now the extended families own five properties in the area Wayne enjoyed fishing and hunting with his son Lou and attending Cal football games with his daughter Sue. He made several fishing trips to Alaska and Canada, and spent time at his Duck Club and Deer Camp. He was a member of both Ducks Unlimited and the California Waterfowl Association. In his retirement, Wayne enjoyed playing bocce at the Fairfield Adult Center where he was league president and his teams won many championships. He is survived by his wife of 60 years, Dot Little, his sister Diane Waters, his son Louis Little and his wife Mary, and his daughter Susan Little-Breslin and her husband Tom. Wayne had six grandchildren; Clyde Little (Layce), Clarasue Michalski (Chris), Kendall Nagaoka, Nathan Nagaoka, Cameron Phillipy, and Scott Breslin. He also had six great- grandchildren; Cheyenne, Samantha, Jacob, Danny, Jason, and Pearl. Wayne is preceded in death by his parents and his granddaughter, Cynthia Louise Little. Services will be held at 10am on Saturday, March 14th at the Rockville Stone Chapel, 4219 Suisun Valley Road, Fairfield. Arrangement under the care of Fairfield Funeral Home (707) 425-1041.

The family of Wayne Louis Little created this Life Tributes page to make it easy to share your memories.

Send flowers to the Little family.